Pupils get a kick out of penalty fundraiser

14th June 2016. Children at Riddlesden St Mary’s Primary School have raised £1,655 to support the work of One In A Million.

More than 400 children aged from four to 11 took part in a sponsored penalty shoot-out against Bradford City mascot Billy Bantam, with each child taking up to three shots depending on how much they raised.

The donation will help OIAM’s work in the local community, including the area of Keighley where the school is based.

Headteacher Linda Wright said: “The children had lots of fun and we clearly have some budding footballers in school (both boys and girls). We are very proud of what the children have achieved, raising our highest amount so far to support a fantastic local charity like One In A Million”. 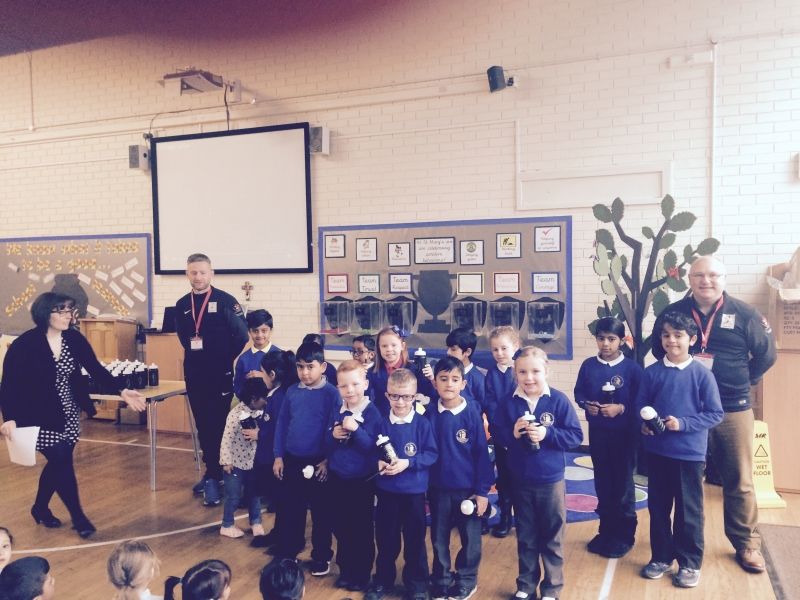