One In A Million was co-founded in 2005 by Wayne Jacobs (former Bradford City player and assistant manager) and Matthew Band (business leader and social entrepreneur). They were joined shortly afterwards by Rebecca Band, Craig McHugh and Mark Hughes.

Following the Bradford riots of 2000, there was a widespread feeling of disaffection and disenfranchisement amongst young people, with many of them feeling isolated, marginalised and unsupported.

We regularly say, “it takes a community to raise a child”. So the journey began engaging like-minded people from all sectors to partner with us to make a difference in the city!

Our first project was in Canterbury at Grange School (now Co-Op Academy Grange) in 2006. Starting as a small football project, we went on to develop our support for local young people and now operate out of five constituencies in the Bradford district.

One In A Million became a charitable company limited by guarantee, incorporated on 26th September 2007 and registered as a charity on 4th February 2008. Registered charity number 1122573.

With momentum gained through our popular football projects, we started to run indoor sport-hall athletics and dance provisions.

In 2009, we began running programmes led by our resident Community Activator out of the Arc Centre, Canterbury. Over the next few years, we added Community Activators to areas Bierley, Windhill, Manningham and Keighley where they have run open access kids and youth clubs. We remain in these five constituencies still to this day. With our long-lasting relationship with the community, we have existed to serve and transform our community from within, being a consistent presence within the community itself.

In 2010, we began the journey to open our own secondary school funded through the Department of Education. The school opened in September 2013 and is situated in the old Bradford City AFC Business Centre. In school, staff are passionate about delivering the highest quality education and creating a culture where children feel safe and can thrive in a happy learning environment. Like our community programmes, we believe that every child deserves to maximise their potential, regardless of their starting point, background or personal circumstances, and we are extremely proud of our diverse and inclusive school community. Our school vision connects seamlessly with our community programmes through our ‘Hub and Spoke’ model.

Other Programmes We Have Run:

We have run a GOOD rated alternative education provision for 8-years up to 2018.

For 3-years we provided delivery for Bradford’s Youth Offending Team before it returned under the governance of Bradford Local Authority.

We ran a highly successful PSHE programme, Positive Lifestyle Centre for primary schools, which had over 25,000 recorded attendances over a 6-year period. The out-of-school experience begin with a visit to the Bradford City football stadium and included a pitch side tour, before going into OIAM Free School where pupils explored different life skills. Positive Lifestyle is now delivered informal at each of our Community Hubs.

As for our name:

We often get asked where it came from! We point people to the parable of the ‘Boy and the Starfish’! “We made a difference to that one”. 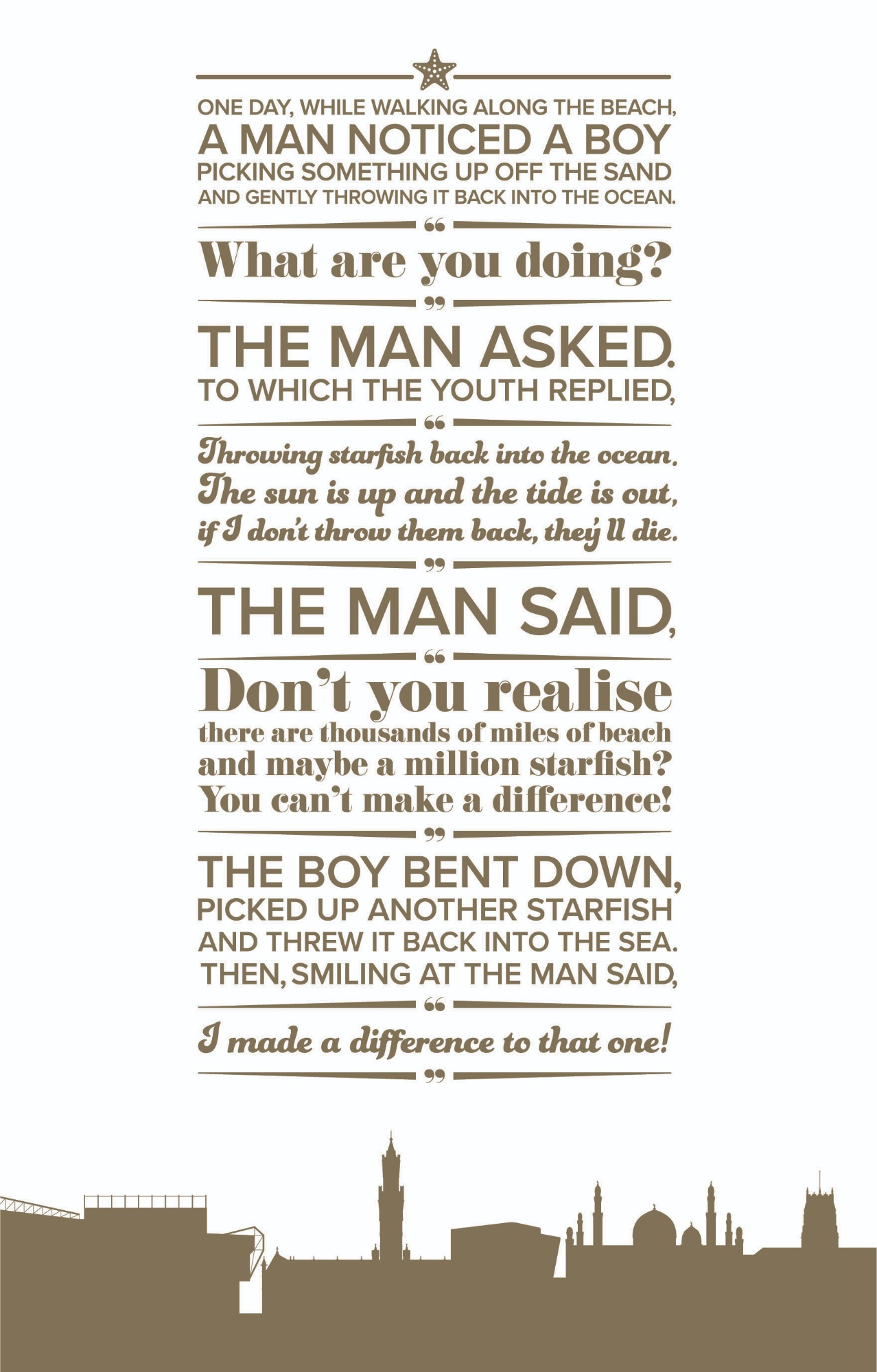