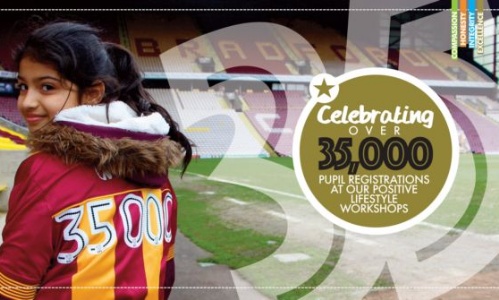 Celebrations commenced with the arrival of Year 3 pupils from Margaret McMillan Primary School who were asked the question, “Do you have a dream for the future?”. They later explored what it takes to achieve their dream. 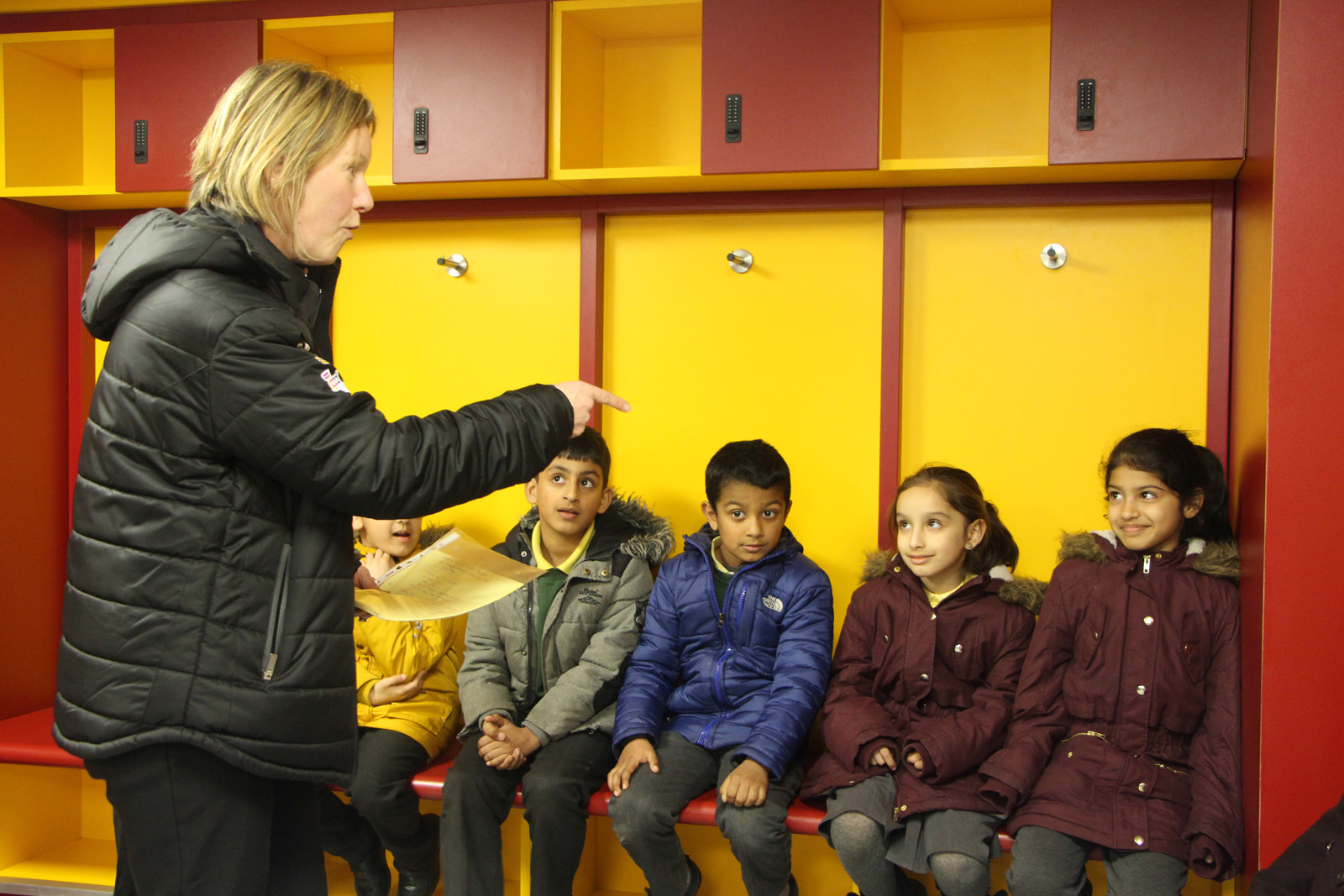 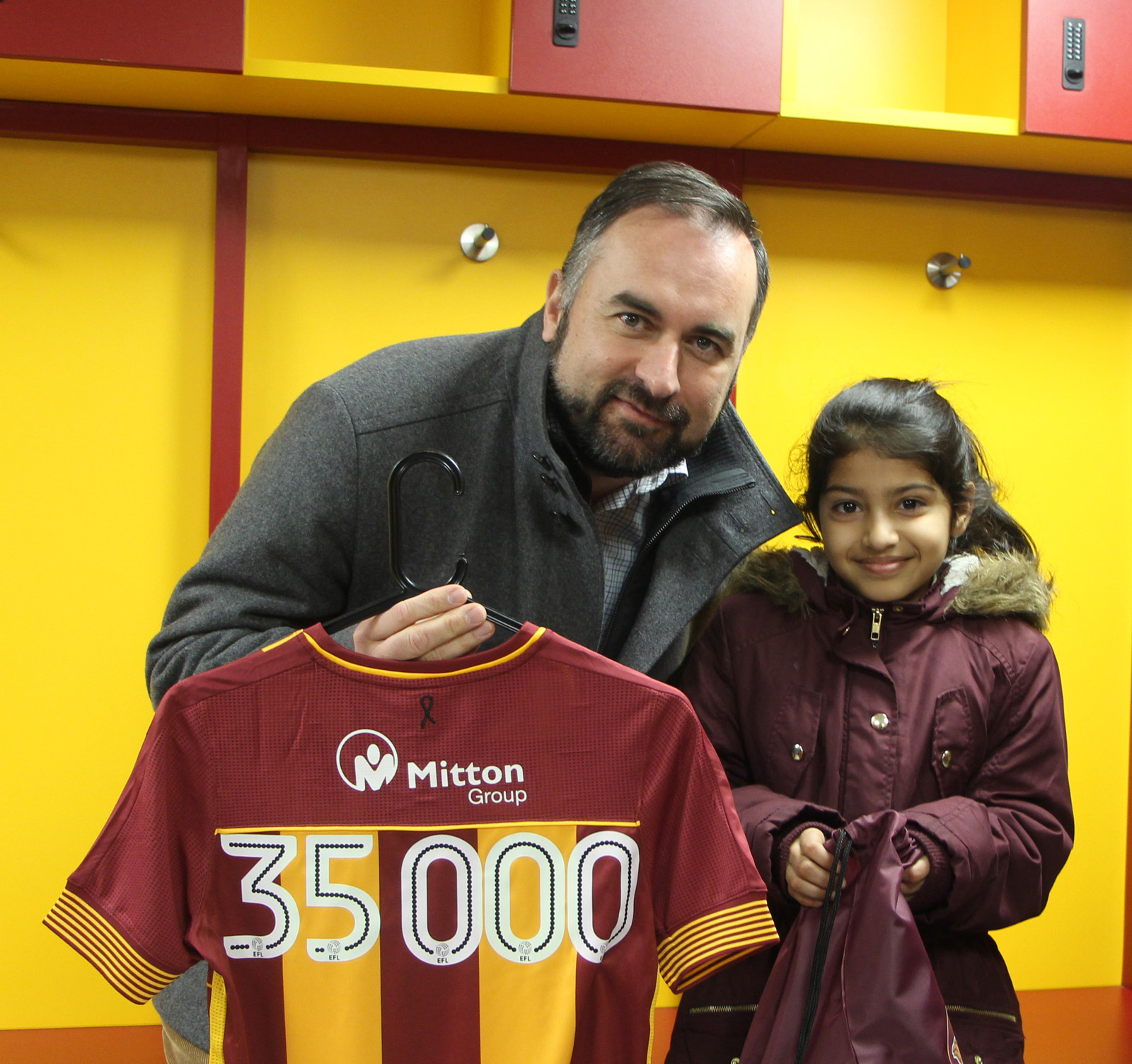 Our 35,000th pupil is Safaa Khan, much to everyone's delight! 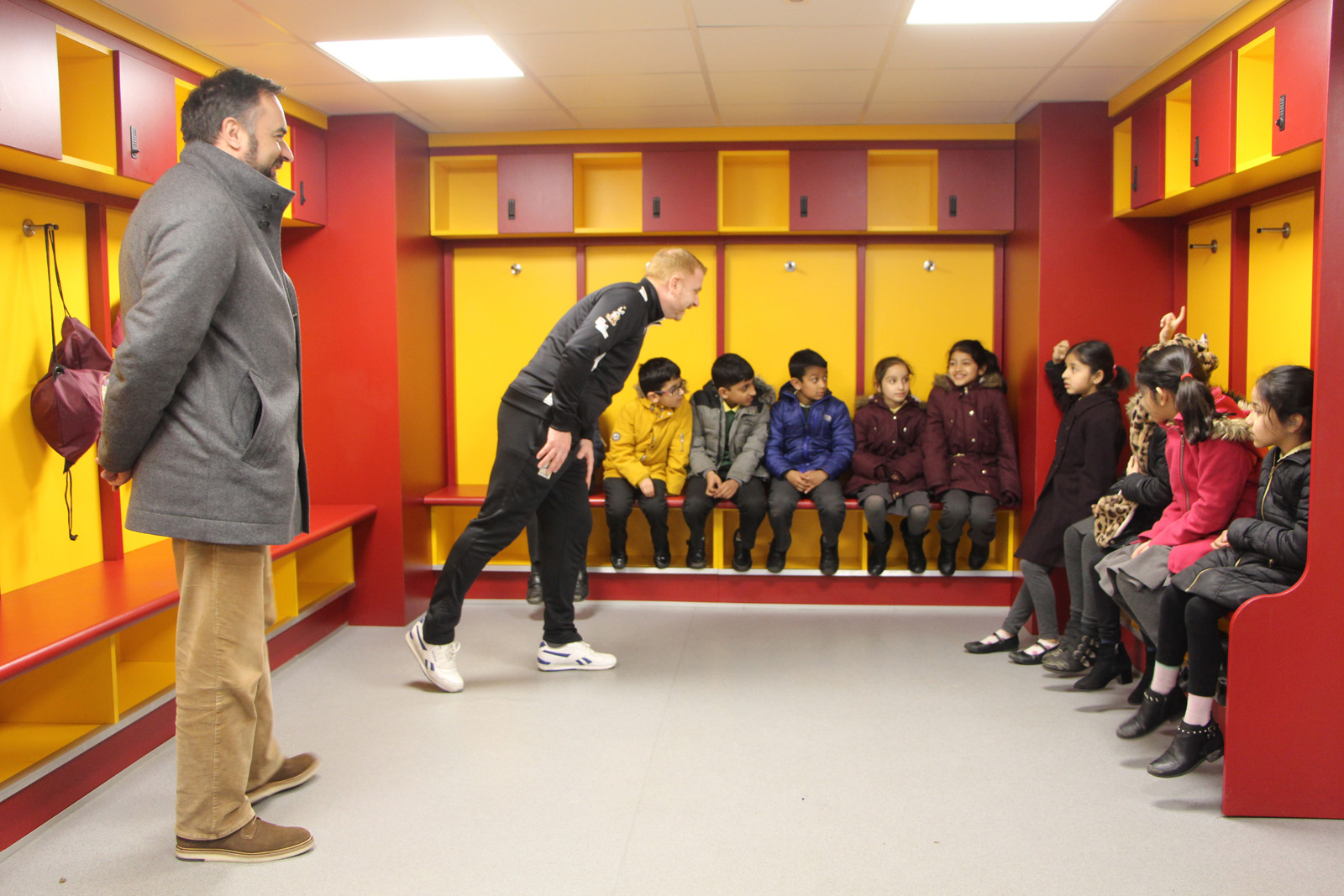 Assistant Headteacher Mr R. Walker said, “As a school we are very proud to support today's celebrations. Safaa is a wonderful pupil and we are delighted she is Positive Lifestyle’s 35,000th registered child”. 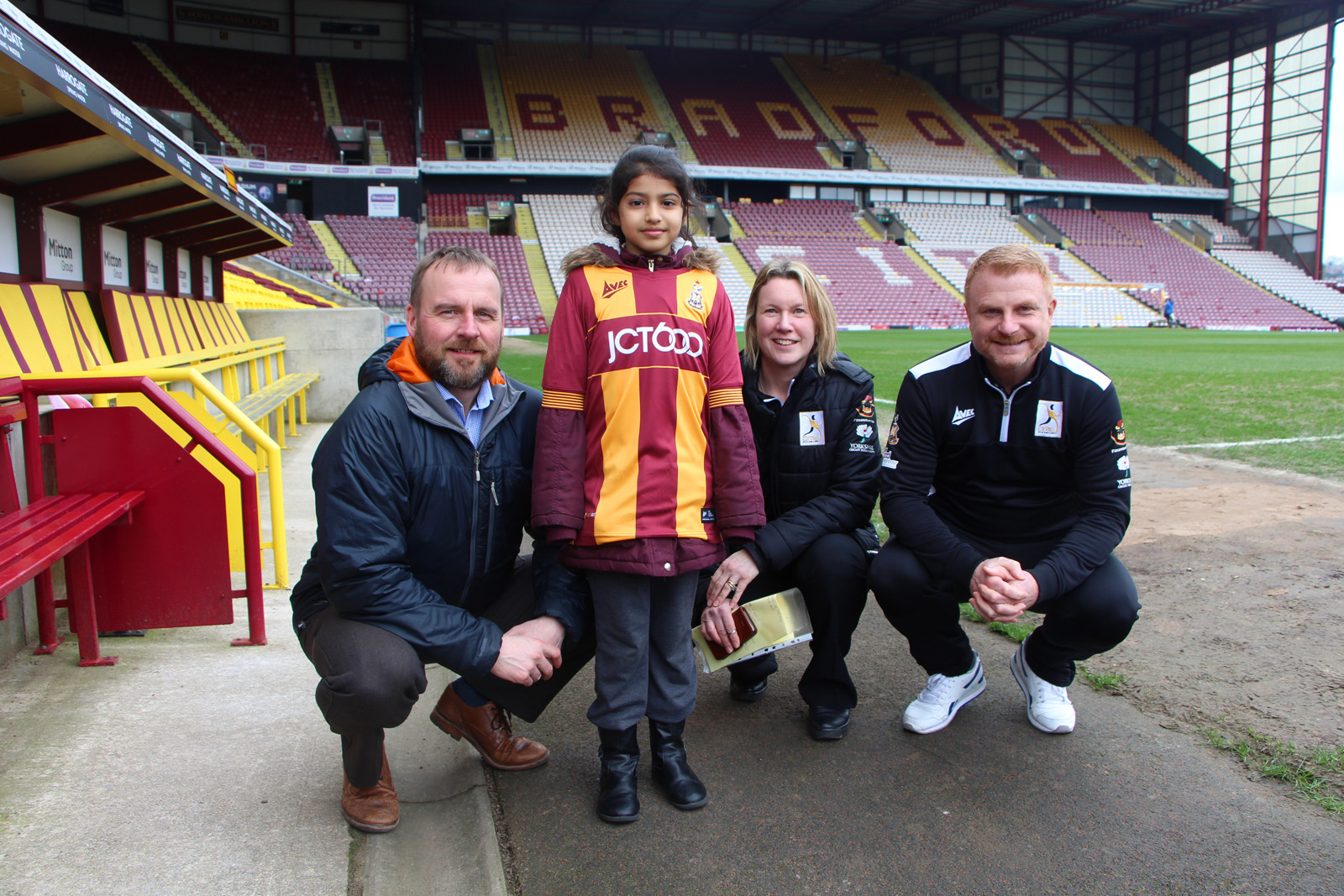 “The pupils at Margaret McMillan Primary School always enjoy their workshops at Positive Lifestyle and we as a staff think that it has had a positive impact on friendships and behaviour in school. We hope to be attending it for many years to come”. 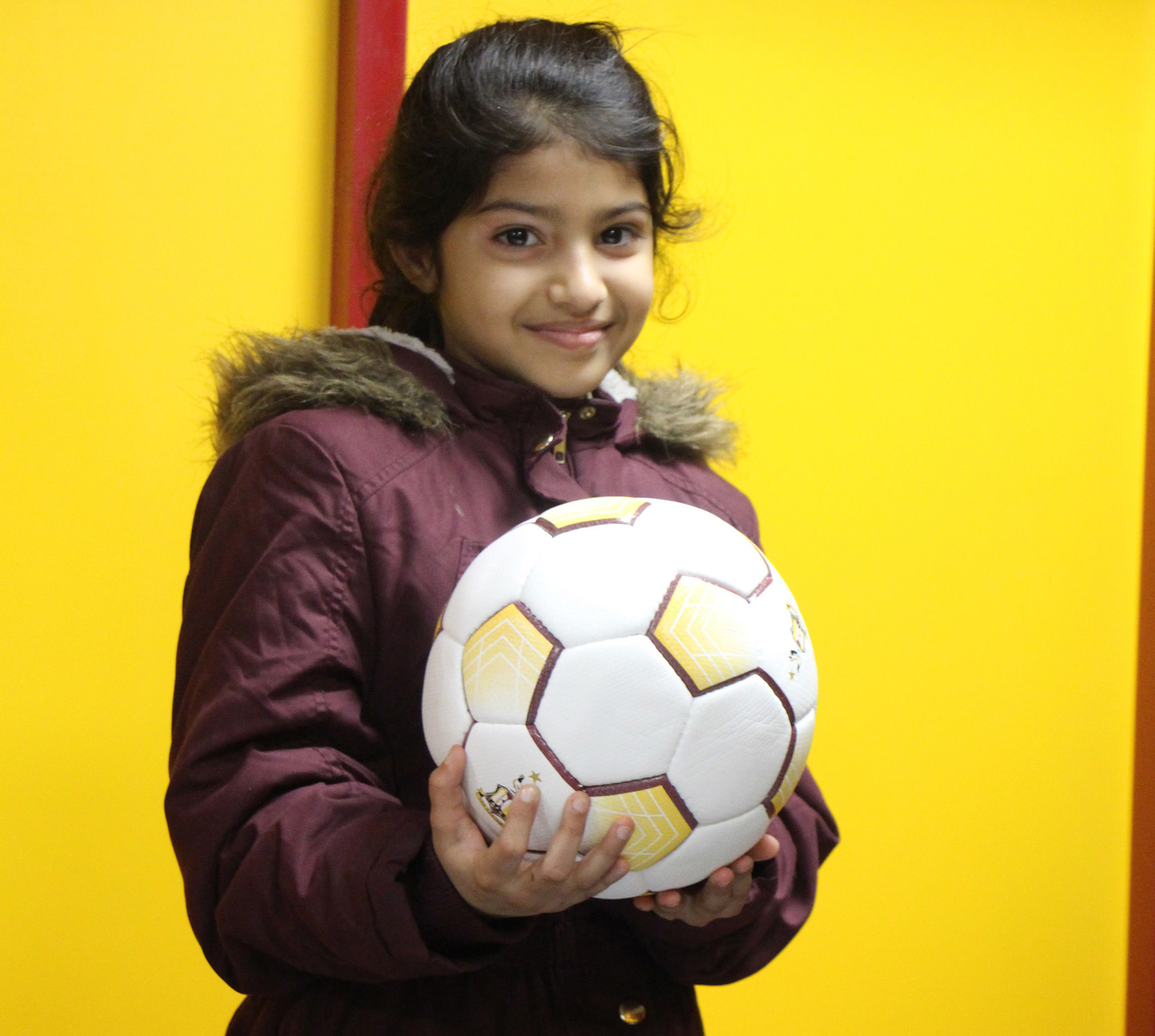 Pupils then participate in pitch side photographs with a backdrop of the iconic ‘kop’. Every pupil received a gift bag which included a Bradford City keyring, a memento to remind them, “to take the club wherever they go”! 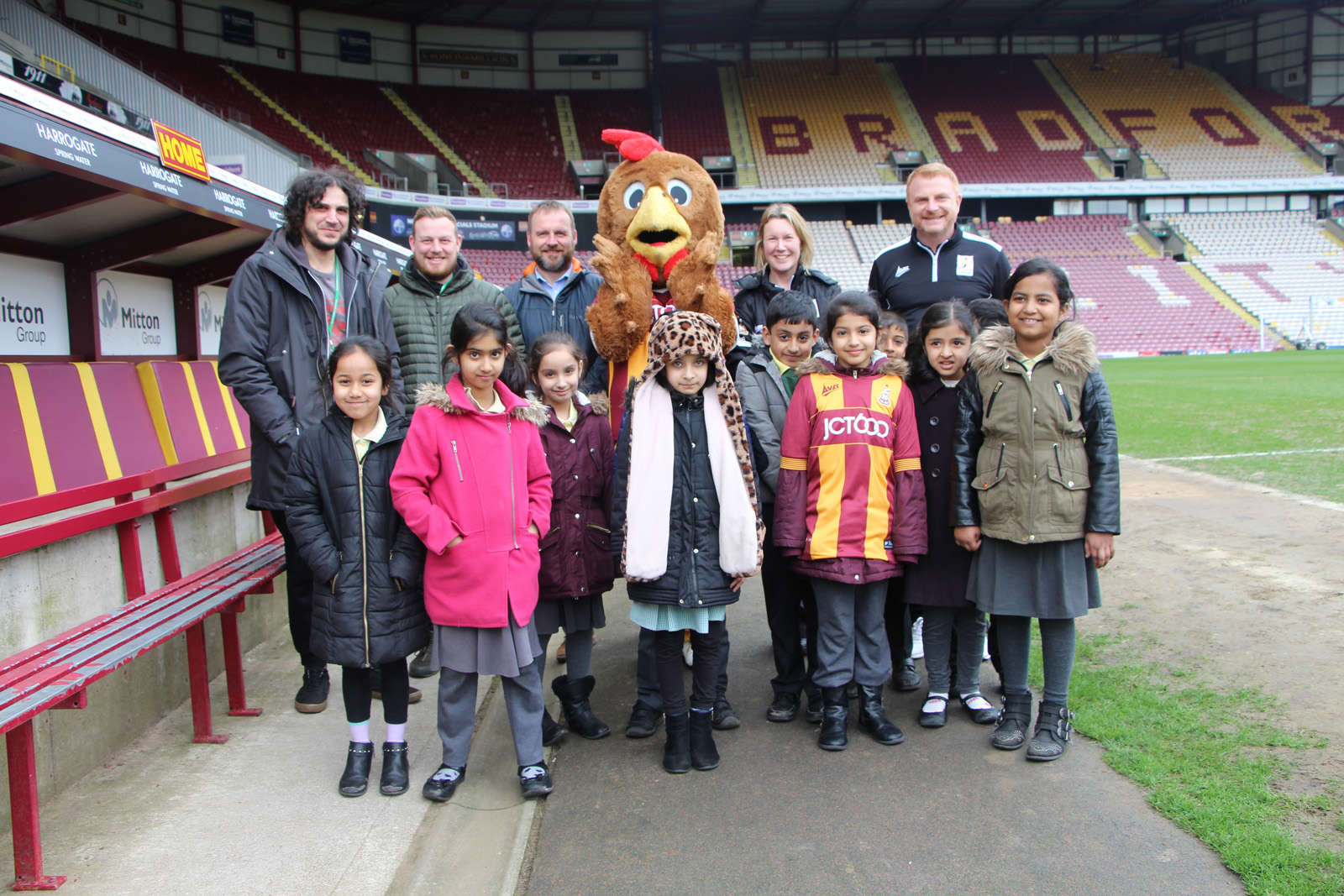 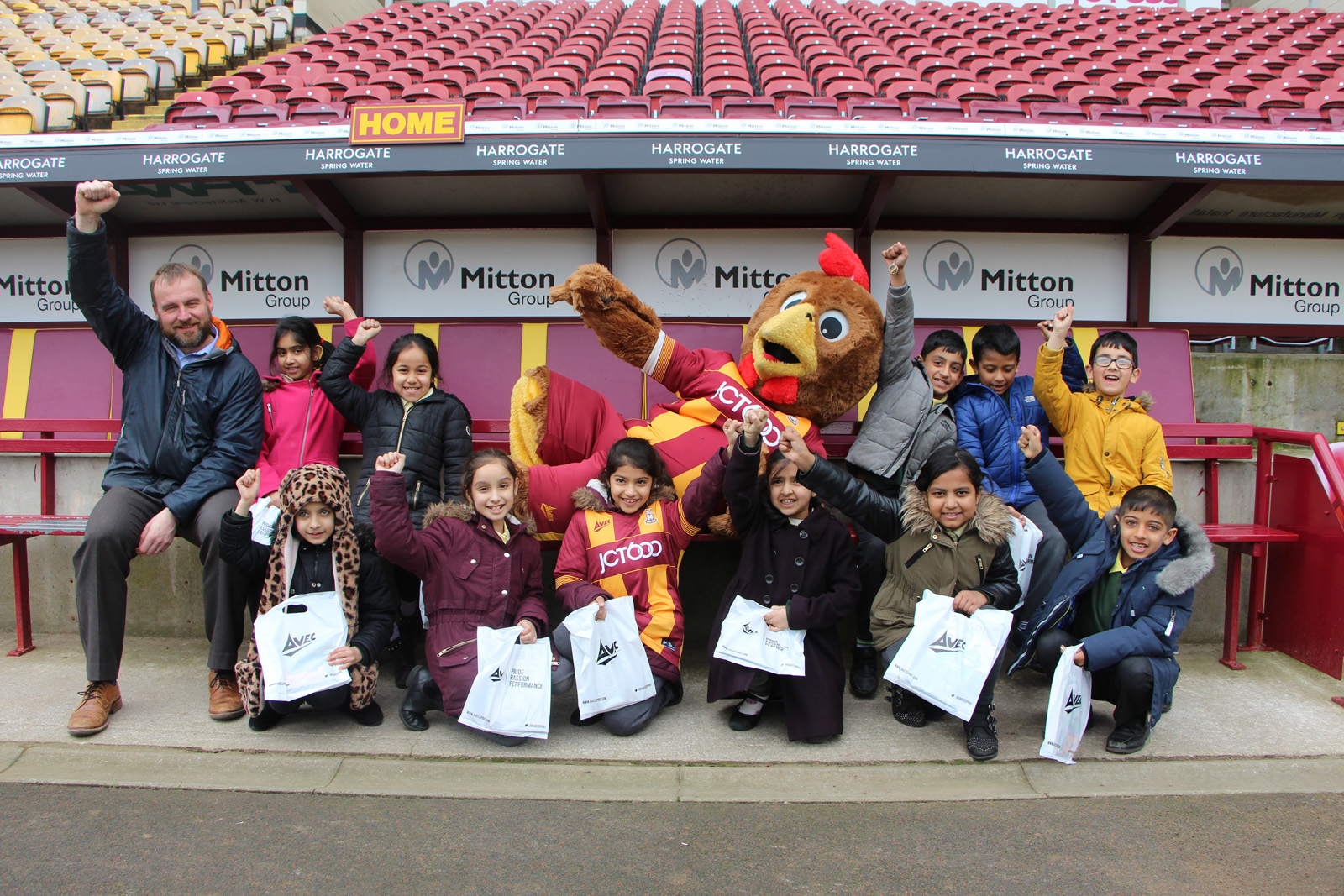 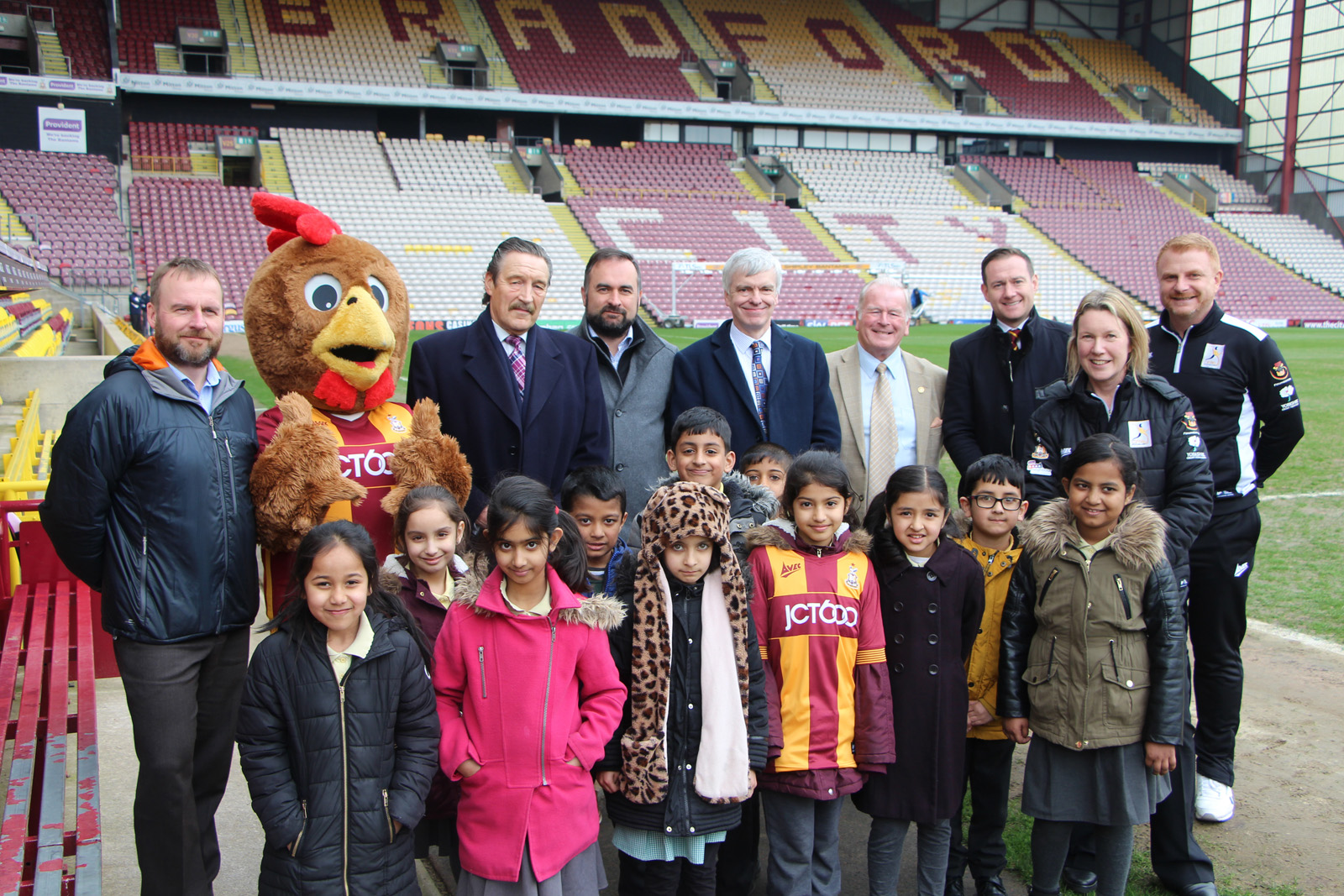 One In A Million would like to say a big thank you to the pupils of Margaret McMillan Primary School and in particular, Safaa Khan for making this day extra special!

Positive Lifestyle is an out of school experience that provides prevention education which is focused on creating responsible citizens. The centre runs 10 workshops ranging from Personal Safety, Self Esteem, Anti Bullying, All Different/All Equal, Safe Food & You, Drug Awareness, Healthy Lifestyle, Citizenship, Friendships and Positive Me.

Beginning in 1996, known as ‘The Chalkboard Project’ at Odsal Stadium, it moved to Bradford City AFC in 2004, relaunching as ‘Positive Lifestyle Centre’.

Positive Lifestyle became part of One In A Million at the close of 2013. Since then, over 14,000 children have registered for workshops.

One In A Million would like to express its gratitude to every school and its pupils who have attended Positive Lifestyle since it started. We hope the centre has equipped, enriched and enhanced you to live a positive lifestyle which impacts those around you! 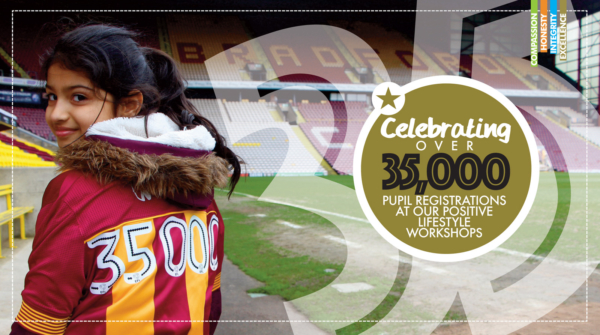 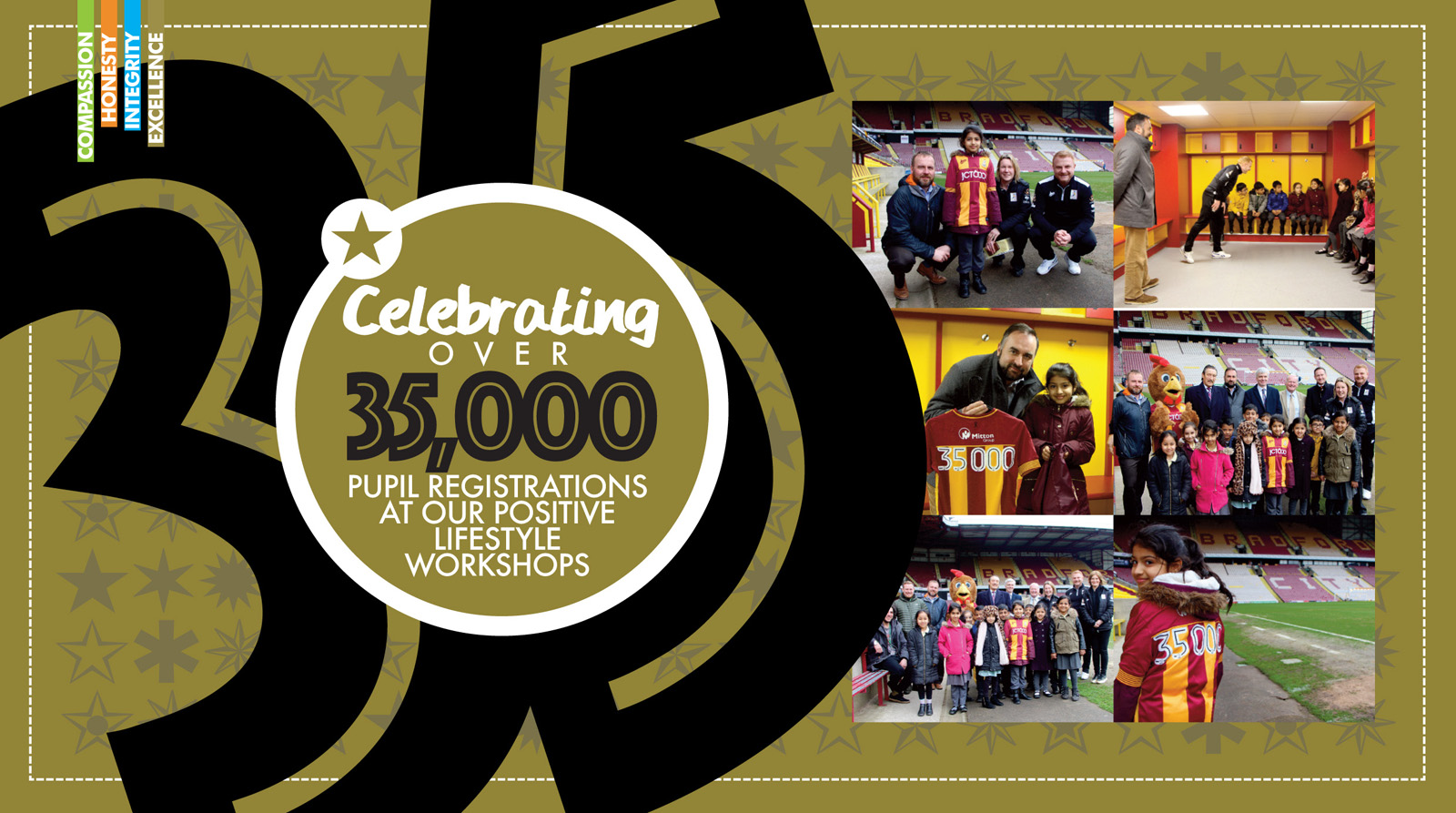