A Day To Remember! Young People Enjoy Afternoon Tea With The Lord Mayor Of Bradford At City Hall 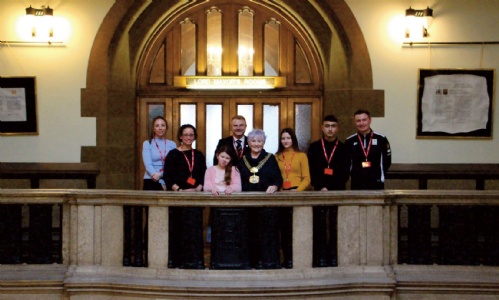 1st March 2020. On Friday 21st February 2020, a group of young people from One In A Million were invited to have afternoon tea with the Lord Mayor of Bradford!

The group consisted of Anaayah Charles, Ibrahim Nawaz and Lillyana Gill who had each won an award in November at the One In A Million Stars Awards ceremony held at Bradford Grammar School. They were joined by guests Wayne Jacobs (CEO/Co-Founder) and fellow One In A Million colleagues Danny Forrest, Katy Woodcock and Mark Hughes. Lillyana’s mother Charlie Wilson also joined the gathering.

The other Stars Awards winners included Mark Tattersfield (Volunteer of the Year) and Demi Hayton (The One In A Million Young Person of the Year), however, they were unavailable to attend on this occasion.

The group enjoyed a fantastic afternoon which was full of fascinating conversation, a tour of the City Hall and, of course, drinking lots of tea and eating biscuits! 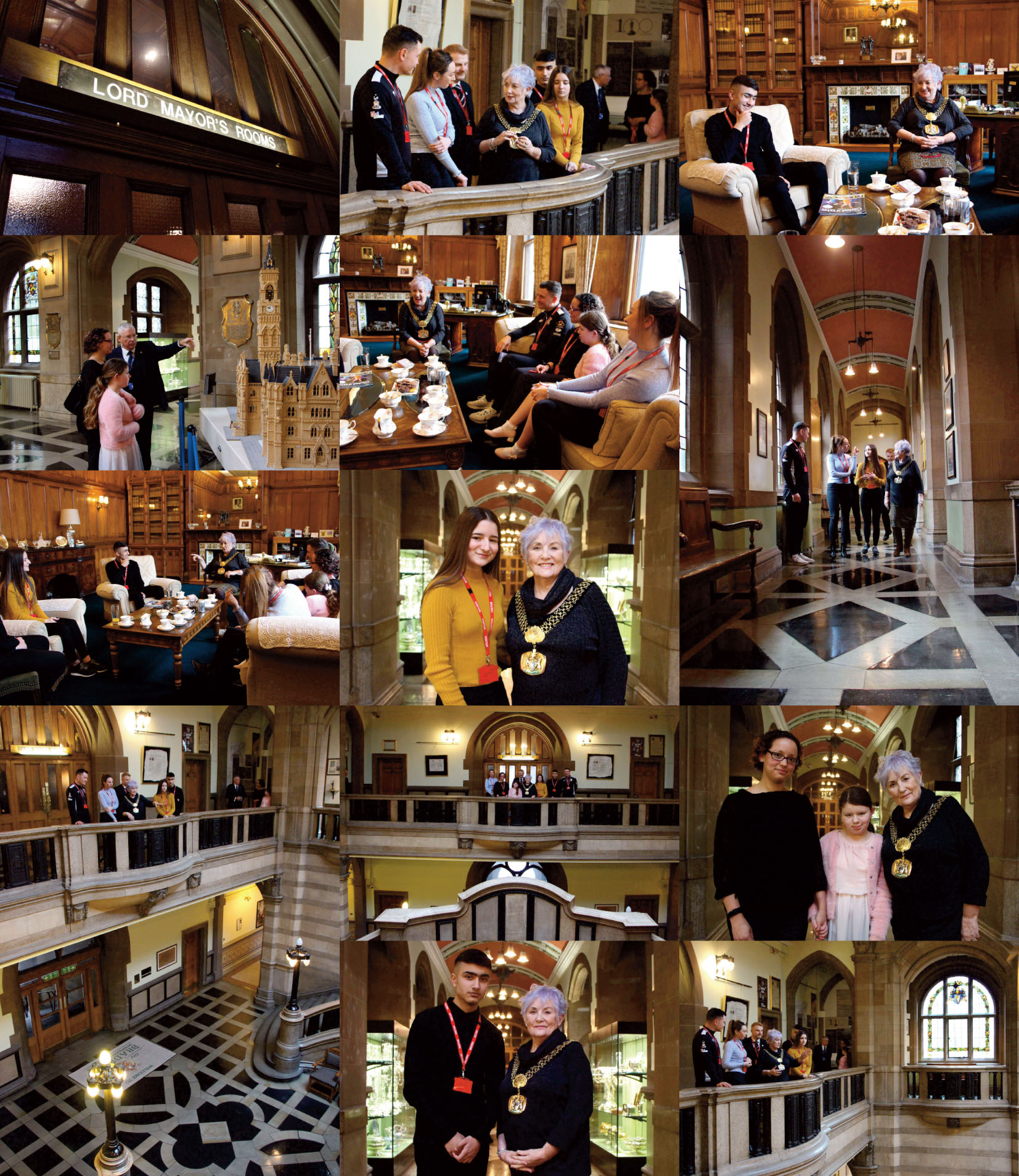 The Lord Mayor gave an inspirational talk about the history of the City Hall and told many wonderful stories. As a result of being asked several questions the Lord Mayor went onto speak openly about her personal journey from childhood to present day, and her civic responsibilities as Lord Mayor of Bradford. 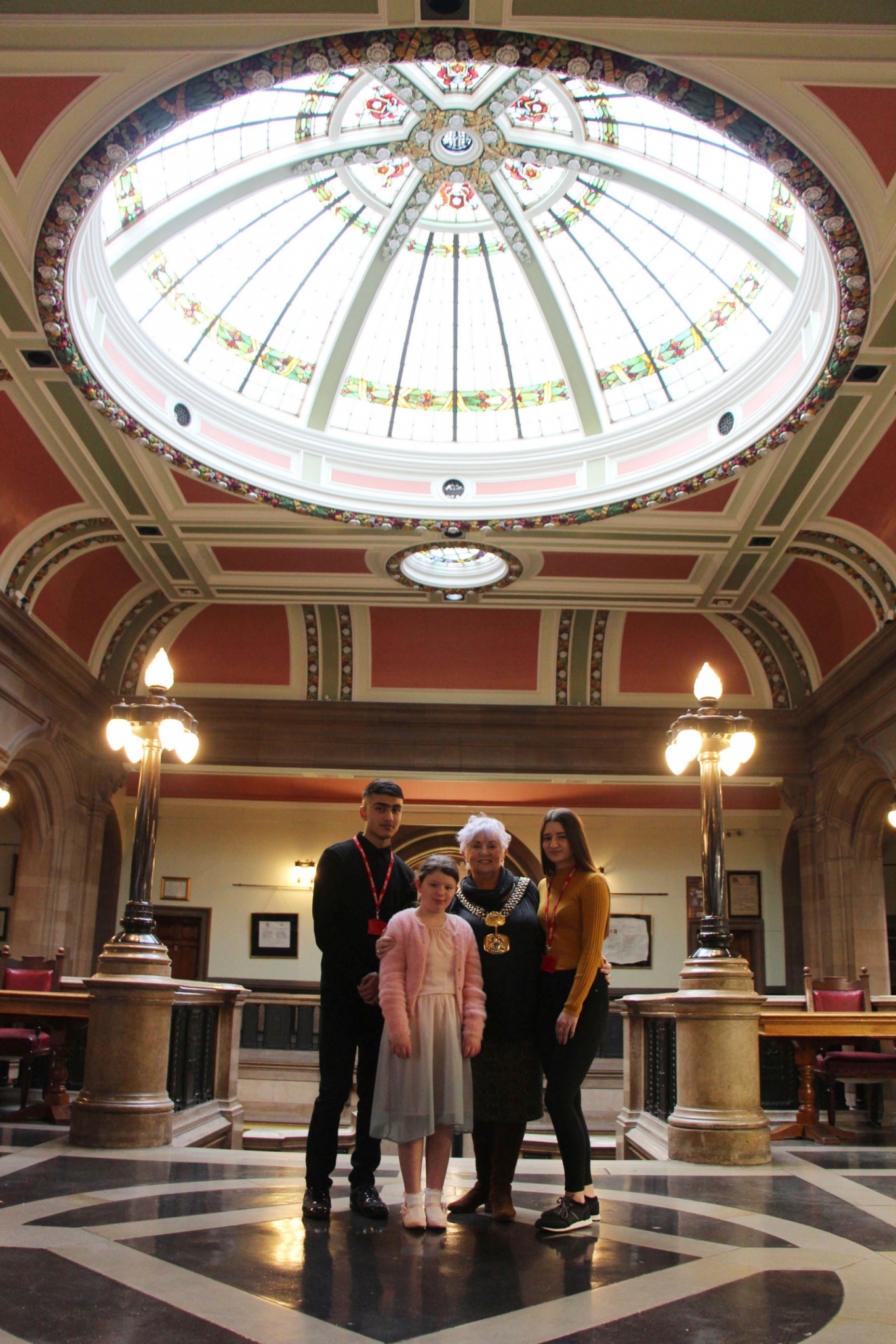 When asked what difference winning an award had made to them, the young people spoke of their pride and how it had helped them to raise their aspirations about the future. They were each given a resounding response from the Lord Mayor to “follow your dreams” and that “anything is possible if you keep the right attitude and work hard”.

Everyone then went on a tour of the building, led by the Lord Mayor, which had everyone gasping in awe of its beauty and splendour. 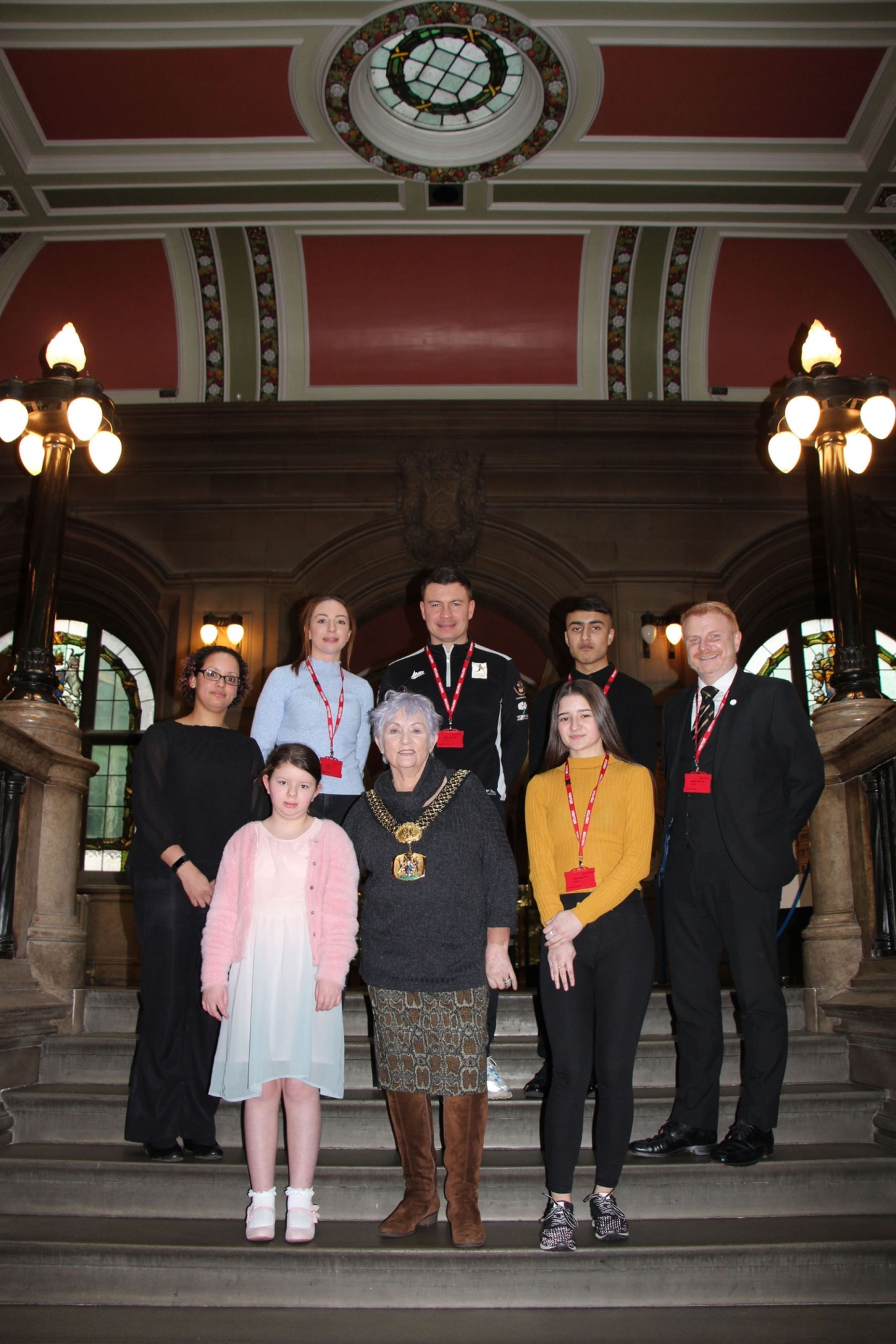 Anaayah Charles, pictured below, with the Lord Mayor of Bradford. Anaayah said, “When I won the Stars Awards, I couldn't believe it. I had no idea! At a time when I had little self-belief, the award made me realise that the people around me did have belief in me and that my footballing achievements had not gone unnoticed. When I was asked to go for afternoon tea with the Lord Mayor I was so excited to visit City Hall as I have never been inside before - it was stunning! The Lord Mayor had so much to talk about. She had such a bubbly personality and was easy to talk to. The Lord Mayor was keen to find out about my ambitions and told me, “Follow your dreams. Nobody can stop you!". These words and this experience is something I will carry with me throughout life”. 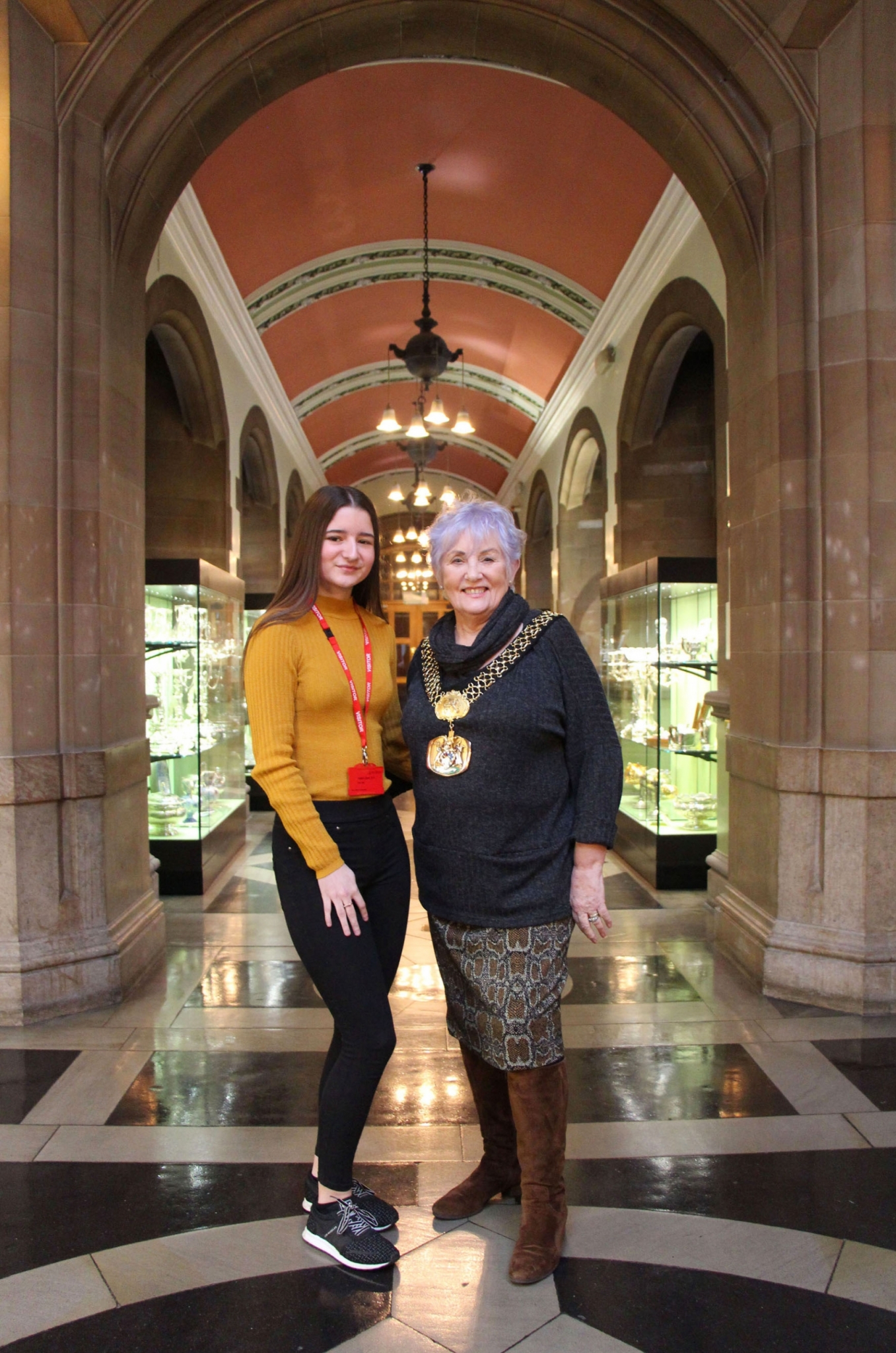 Ibrahim Nawaz, pictured below, with the Lord Mayor of Bradford. Ibrahim said, “Since winning the Stars Award, I have gained more confidence in my own abilities and realised that hard work and resilience really do pay off. Visiting City Hall was a great experience, one that had previously never crossed my mind, but I'm so glad I was given the opportunity to go. I thought the Lord Mayor was funny and had a lot of interesting stories to tell us. The Lord Mayor encouraged me to believe in myself and follow my dreams. The thing that I enjoyed the most about visiting the Lord Mayor was the tour of the building. There are so many historic memories connected to City Hall”. 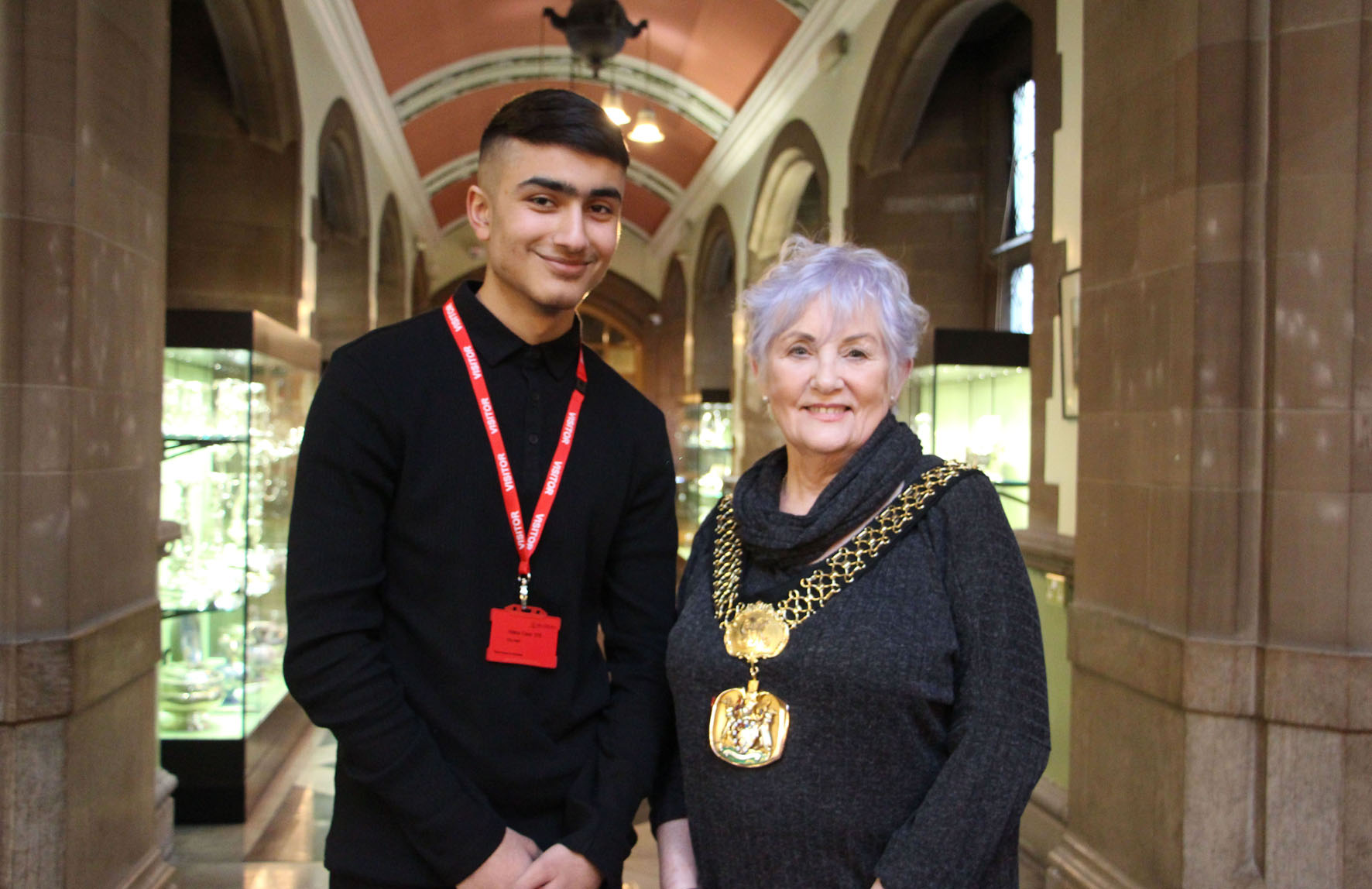 Lillyana and mother Charlie, pictured below, with the Lord Mayor of Bradford. Lillyana said, "Since winning my Stars Award, I feel much more confident. I was extremely excited and nervous about visiting City Hall but as soon as the Lord Mayor began talking I was really interested in her stories. I even managed to ask some questions about the old king and queen statues hidden in the external architecture”. 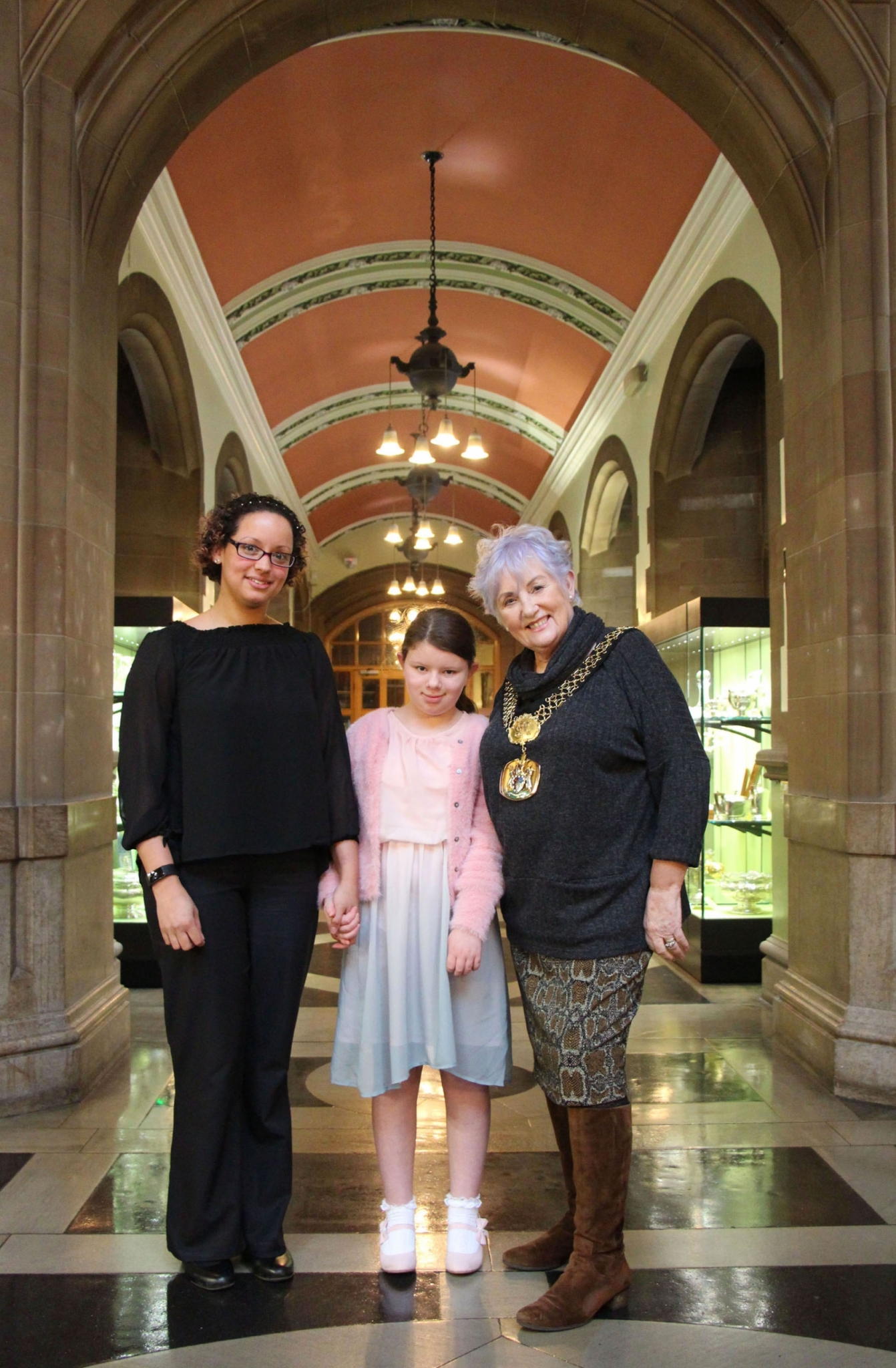 Charlie Wilson added, “Lillyana's confidence has really flourished since being acknowledged at the One In A Million Stars Awards. She has discovered new-found courage in the day-to-day. She is able to express herself much more confidently. A day rarely goes by when Lillyana is not trying a new dance move. Being invited to City Hall was an amazing opportunity for us both. It was a great opportunity to experience some of Bradford's rich heritage. The Lord Mayor is an astounding lady and a true inspiration to young people. We are really appreciative of the support and great opportunities One In A Million is giving Lillyana”. 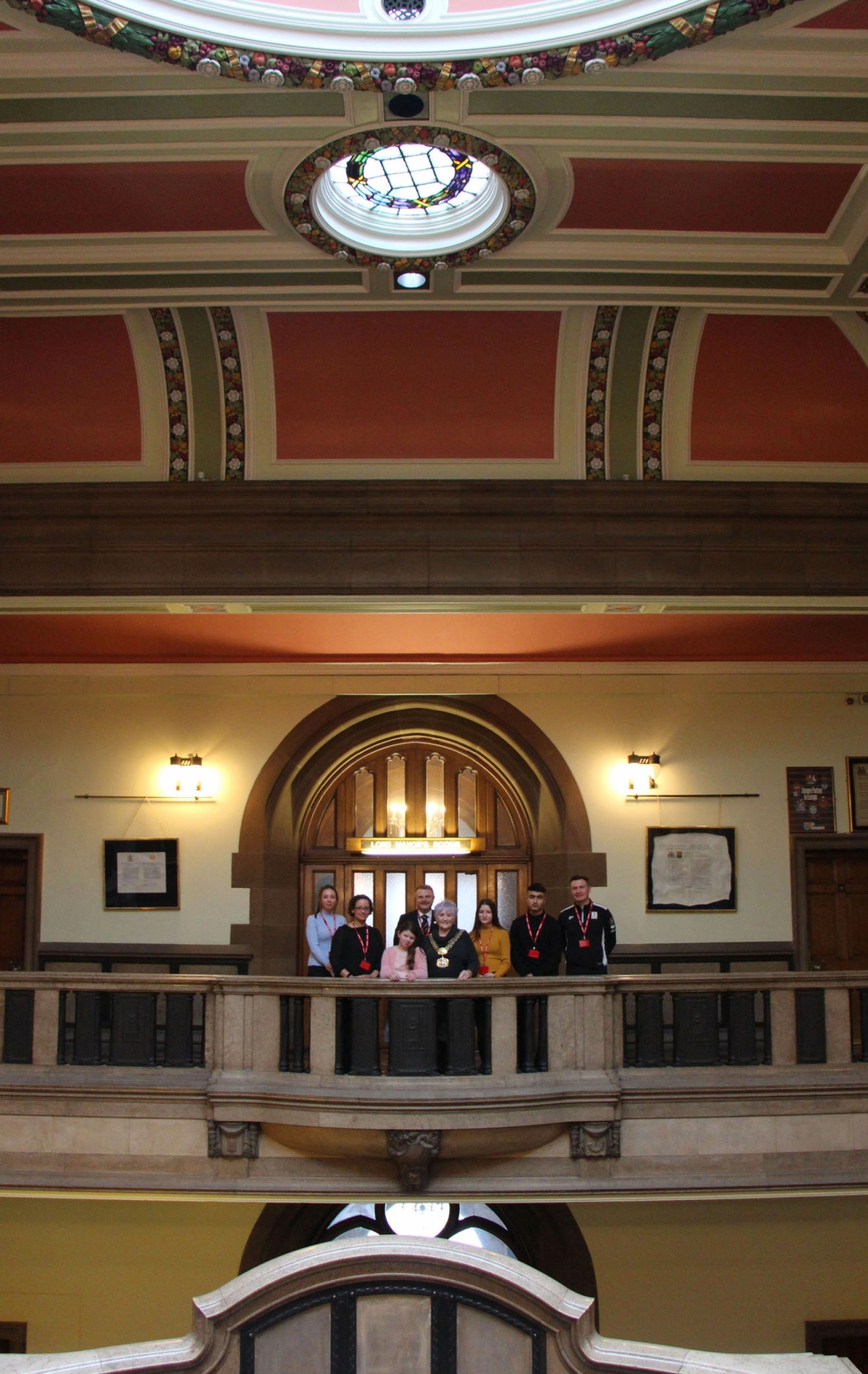 Wayne Jacobs, CEO/Co-Founder said, “Thank you Lord Mayor for treating some of our 2019 Stars Awards winners to afternoon tea along with some entertaining, insightful and encouraging stories. It was a wonderful life experience and a day to remember!”