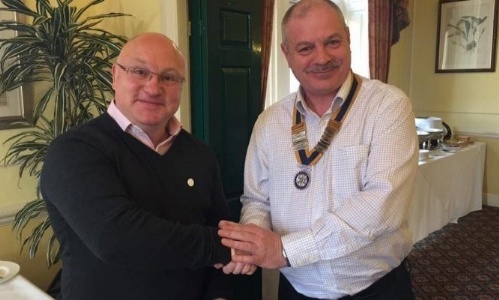 Craig McHugh, One In A Million’s Executive Director said, “We are very grateful for the generous fundraising that president Gary Peacock & Dave West from the Bradford Bronte Rotary Club do to support our charity and the work we do with the children and young people of Bradford, THANKYOU!

Dave West of the Bradford Bronte Rotary Club is pictured presenting the Cheque to Craig McHugh at The Midland Hotel which is run by the Rotary club's president Gary Peacock.